Learn a little about the Niagara Brewery Collectibles Club and the people who drive it.

In 2022 We Have Already Donated FOUR Scholarships & The Year Isn't Over Yet!

The Niagara Brewery Collectibles Club is a place for people who have an interest in brewery collectible items. Whether a person is just interested, wants to collect or trade those items, the "Beer Club" is the place to be! This Club is about making new friends, helping one another and enjoying fun times together. Coming together because of the common interest in brewery collectibles. Members of the Niagara Brewery Collectibles Club will enjoy meeting on the third Monday of each month at different locations. We travel to different parts of the Niagara Region to visit a collection of one of our members, interesting bars that have contributed to our trade shows, and we also go to many craft breweries that are even owned/operated by some of our very own members! Members also participate in fundraising for scholarships given annually to Niagara College Brew-master students as well as help to organize our annual trade shows, while making many new friends along the way!

In 2017 our Club as a whole provided our first scholarship to a Niagara College Brew-master student! Then in 2018 we continued the new tradition, however this year we doubled our contribution with 2 scholarships in a single year! 2019 was a very successful year with a total of 3 scholarships being donated to Niagara Brew-master students! 2022 has been our record year with over 4 scholarships already handed to students with 2 more planned very soon!

For only $10.00 a year for membership fees, a person can become a member and whether they have a large collection, small collection, or no understanding of the hobby at all!  Present members will welcome those who want to join the Niagara Brewery Collectibles Club and teach them all about it!" 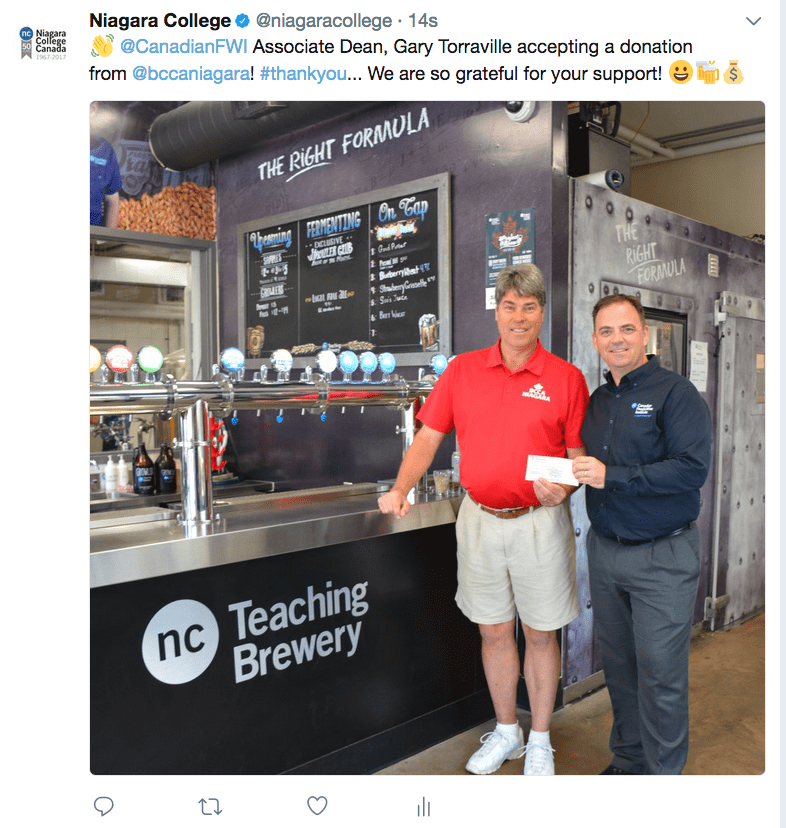 Photos Of Our Various Scholarship Donations To The Niagara College Brewmaster Program Throughout The Years! 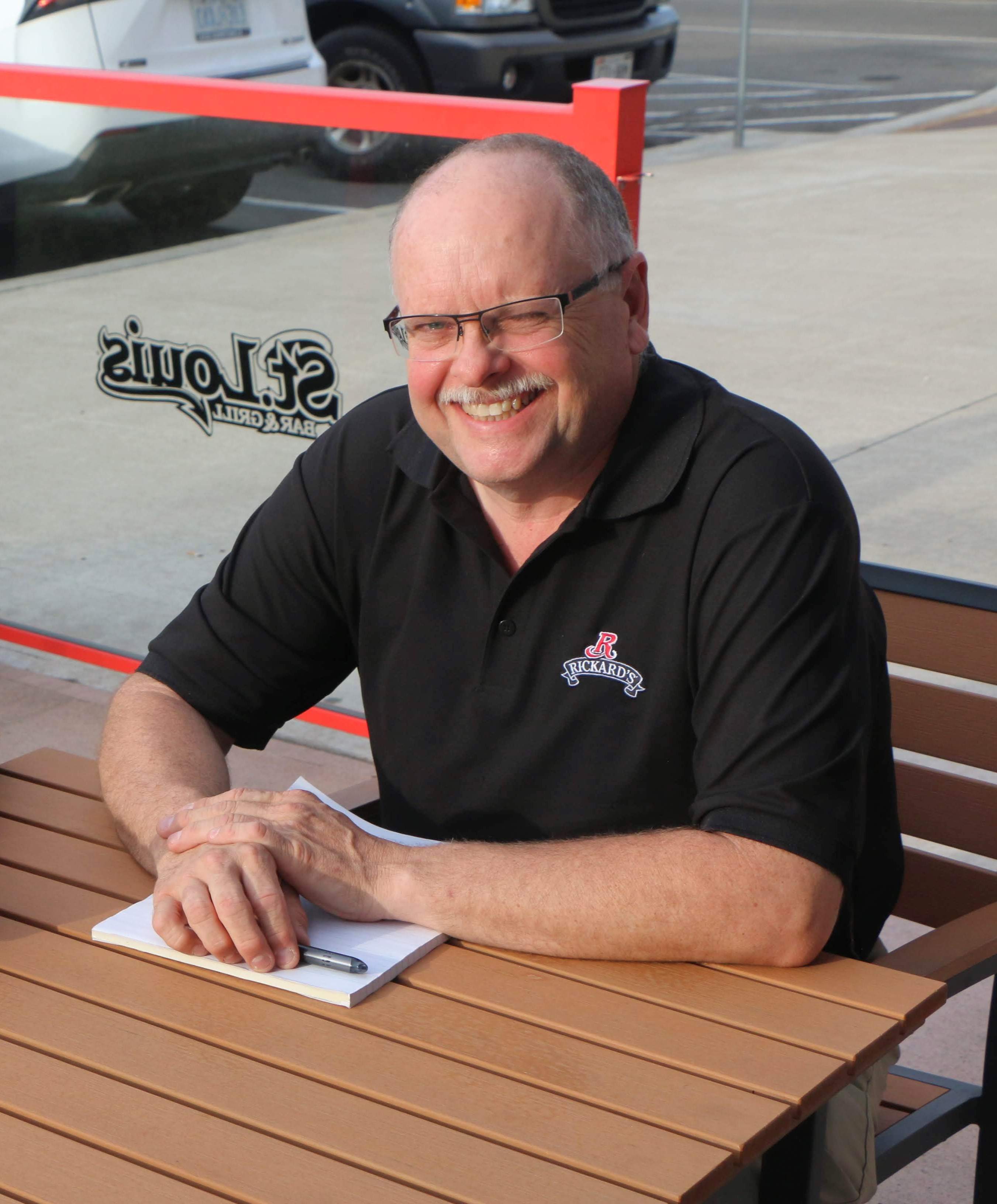 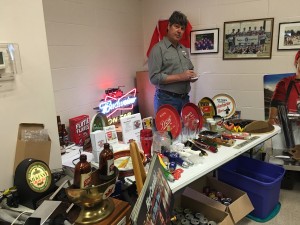 To say Larry has been an important part of where our Club is today is vastly understated. Without Larry’s tireless work day in and day out, there would be no Niagara Brewery Collectibles Club. He single handily signed up over 90 members through his vast networking connections. Retired from his work at General Motors, has left him time to start a new career as a brewery representative selling beer throughout the entire Niagara Region. His experience’s from owning different business throughout in his life, and his outgoing personality has created the best spokesperson for the club we could ever have.  After being club president for 3 years Larry had announced that he would step down.  To allow someone else to be president and have a fresh perspective on running the club.  It hasn't slowed his passion for collecting and being involved, Larry will continue on as Treasurer and be rounding up new members for our club.

A few words from Larry:

Hello, my name is Larry, I live in Niagara and have been sort of collecting beer related items for 30 years.  It was a surprise for me to discover that a club existed for people to join and attend events where people were buying / selling and trading beer items.  A breweriana trade show !!

This hobby is an extension of my job.....  being a beer salesman for more than 30 years.

My collection of beer stuff is made up of items from beers that I presently drink or from the breweries I have worked for over the years.

That means..... I collect Black Label and Laurentide Beer items and I drink Genesee Cream Ale.... which means I have a Genesee collection of beer items.

Learning about the former Niagara breweries back in the early 1900's...has caused me to start collecting items from Cronmiller and White Brewery...Welland Brewery and Taylor and Bate Brewery.

I will collect beer caps, bottle openers, neon signs, metal serving trays, coasters and just about anything else.

The best part about being a member of the Niagara club for me..... is all the NEW people I have met and made friends within our hobby.  I have made friends with people all over the map...which means I am traveling on weekends to breweriana trade shows in New York State and farther.

Of course, we enjoy a couple beers as we come together at events. 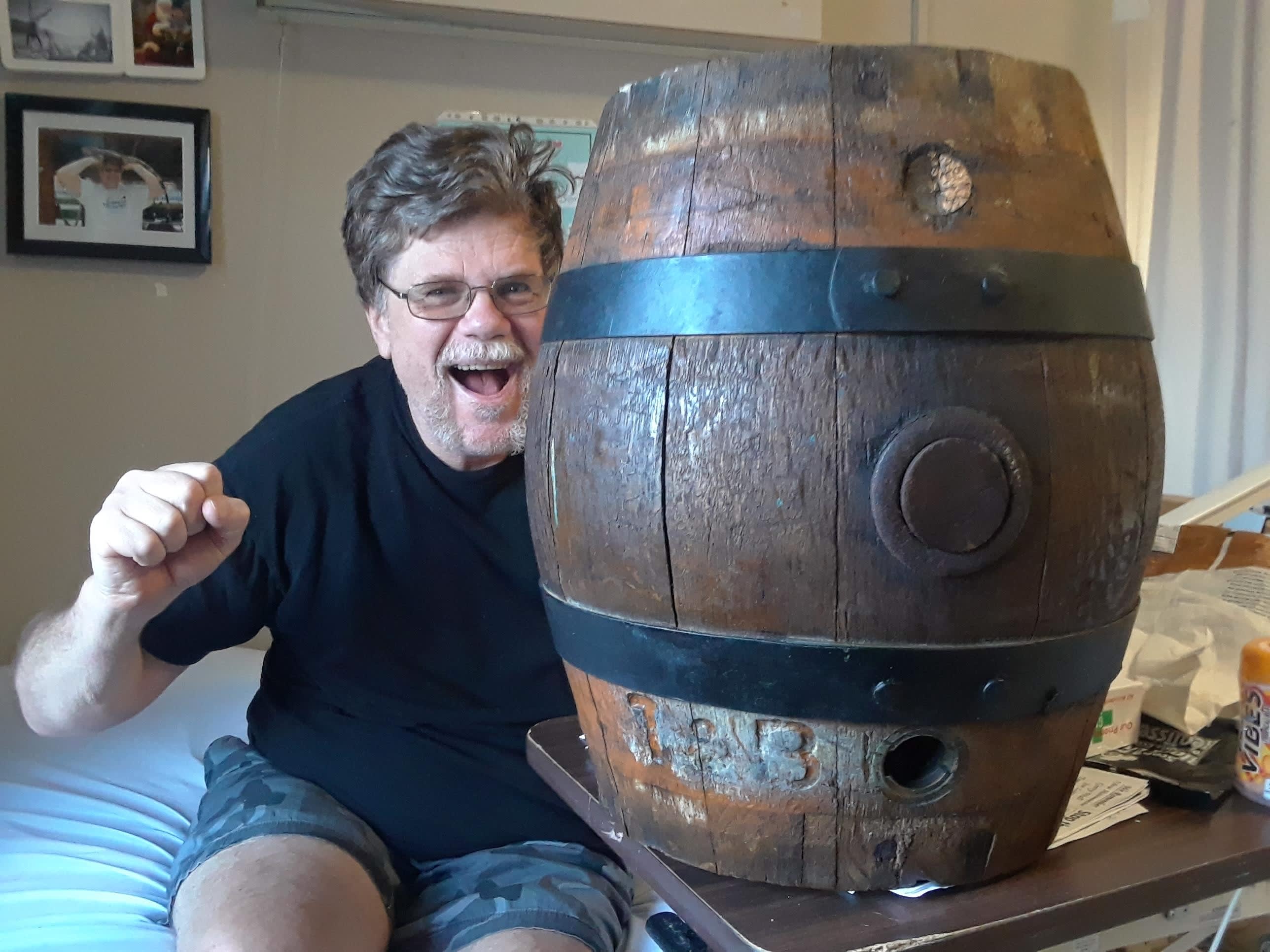 Tom has been a brewery collector for over 30 years, specializing in Taylor & Bate brewery items from a brewery located in St. Catharines, Ont. He specializes in collecting clear glass bottles, and his knowledge of all brewery items makes him a valuable member and great historian for our Club! In Tom's picture you will notice a very rare 1889 Taylor & Bate Brewery Wooden Barrel! Very cool!

Kevin always has the club’s best interest in mind. He has gone over and above getting us organized with storage facilities and provides the club with great exposure in new areas of the Niagara Region. Kevin has a fantastic two story man cave, with a wide variety of collectible brewery items. He also rents a number of tables at each trade show with hundreds of collectible items available to all that attend. Not only does Kevin always have the club's best interest in mind, he has always been one to care and give back to the area that he calls home! Recently at our 2019 Fall trade show held in Welland, Kevin extensively planned & held a very successful "Charity Auction" with ALL of the proceeds going straight towards The Niagara Children's Centre. After the auction was completed, Kevin on behalf of Niagara Brewery Collectibles Club was able to donate $2000.00 to the centre in order to support the rehabilitation and support services for children and youth with physical, developmental, and communicative delays and disabilities. Thank you Kevin and keep up the amazing work that you do within our club and your entire community! 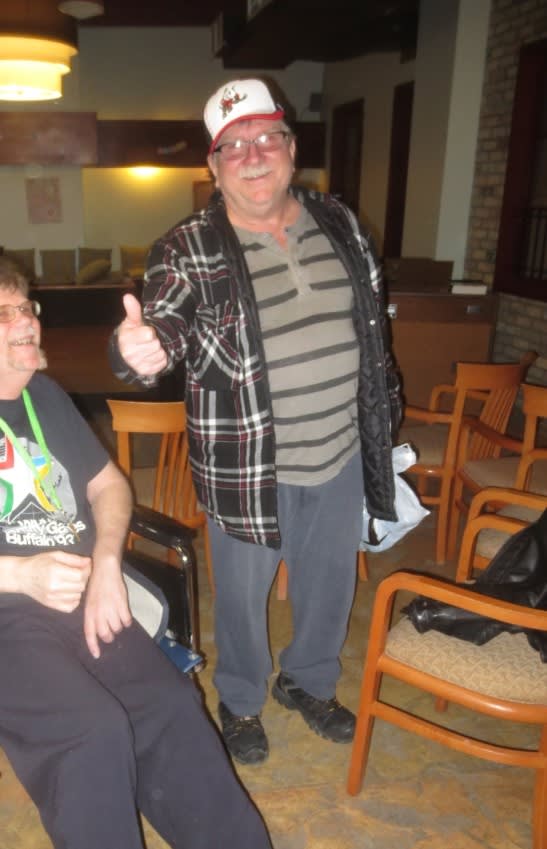 In late 2014, John “Jumbo” Halligan was 1 of 4 men who helped establish the Niagara Brewery Collectibles Club. Jumbo's interest in our hobby goes back to the late 70's, which made him an excellent person to help open our Club in March of 2015. As our Club's Vice President, Jumbo helped set up our Club for success, by establishing policies and procedures for the operation of our Club.  Jumbo was generally known as a Labatt's collector, however he also enjoyed collecting many other things too! Young Niagara Club members enjoyed learning about the hobby from Jumbo during conversations with him at Club meetings and at Club Trade Shows. Jumbo was very generous and thoughtful with fellow members as he traded items with them or by remembering the items that members were looking for. Jumbo was well know within the hobby across Canada and USA. Sadly, John “Jumbo” Halligan passed away on August 7, 2020. He will be missed by many.

Niagara Brewery Collectibles Club Meetings are held the third (3rd) Monday of each month. Locations change month to month. Visit our events calendar for details. New members are welcome to join our meetings on the third Monday of every month at 7pm.

The Niagara Brewery Collectibles Club Will Be At The OCB Conference!

OCBC is Canada’s largest craft brewing industry annual conference and trade show. With the growth of the craft brewing sector in the past two decades, there are now hundreds of operating breweries, contract brewers and brewpubs in communities across the province. The global pandemic has had a major impact on craft brewing retail and tourism. Breweries are working in collaboration with their local communities, business organization, government and industry colleagues to build and sustain reco...

The Niagara Brewery Collectibles Club Is On TV!

Larry Lemelin from the Niagara Brewery Collectibles Club joins Mike Balsom in studio to show off some unique brewery collectibles and to promote the 8th Annual Fall Trade Show. It will take place on Saturday, September 24th at Casa Dante in Welland.

We're On The Local Radio!