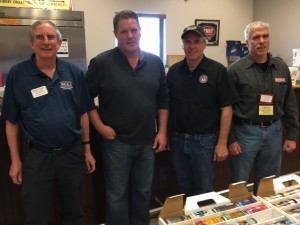 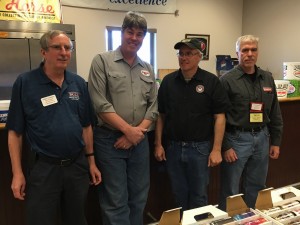 Robert Fondern, Larry Lemelin, Roger Brane, Al Aprea At the !2 Horse Chapter Trade Show this past weekend Rochester, New York, BCCA Niagara President Larry Lemelin and BCCA Niagara Secretary Greg Dow got to meet past BCCA president Robert Fondern, Lake Erie Chapter President Roger Brane, and Current BCCA  President Al Aprea. It was a great pleasure meeting all of you. BCCA Niagara wants to say  ”Thanks”  to Robert and Al for all their  support for BCCA Niagara in our first year as a club. There has been a lot to learn and we appreciate all your support and kind words you always have for what we are trying to do here in the Niagara Region. We hope to see you at our Second Annual Trade show, September 24,2016.in Welland, Ontario. Cheers!!

Niagara College President Thanks Niagara Brewery Collectibles Club & All Donors For Their Scholarships!

We are very pleased to send you a special video message from our president Sean Kennedy.

While COVID-19 has changed our world and community forever, what hasn't changed are the dreams of our studen...

Our New Logo Is Now Live!!!

Hello all Niagara Brewery Collectibles Club members! Notice how I didn't say all "BCCA Niagara members"? This is because we are proud to announce that as of our May virtual monthly meeting, we have had our vote on our new logo design...